Victor Weinsanto studied Ballet, notably dancing at the John Cranko Schule in Stuttgart. After realizing he wanted to be a fashion designer, he trained at Atelier Chardon Savard School in Paris, where he discovered “the joy of having fun with clothes”. As part of his training, he worked at Major Parisian brands such as Y/project and Chloé. He credits two years of working with Jean Paul Gaultier, where he learned about savoir-faire, craftsmanship and free- dom in his creative process, as his most formative experience in the fashion industry. Victor Weinsanto launched his namesake line in 2020. He brings his love of performing arts into his fun, colourful and cabaret themed presentations. He finds inspiration in live entertainment and Art in general. The models for Weinsanto’s shows are often Muses and friends from different creative backgrounds such as dancing, acting, and cabaret. He is also inspired by History, architecture and music. 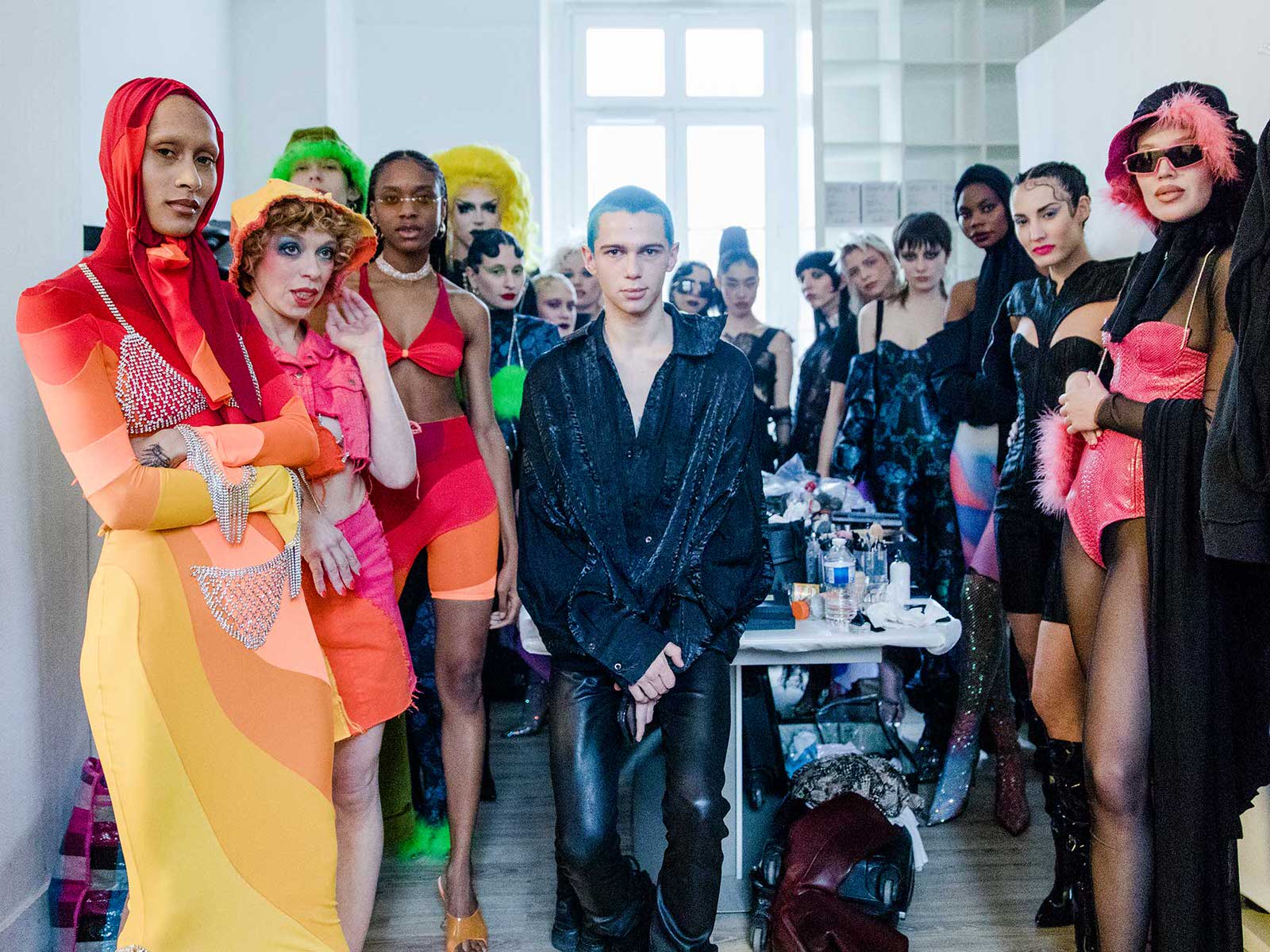